Get fresh music recommendations delivered to your inbox every Friday.
We've updated our Terms of Use. You can review the changes here.

by The Coal Men 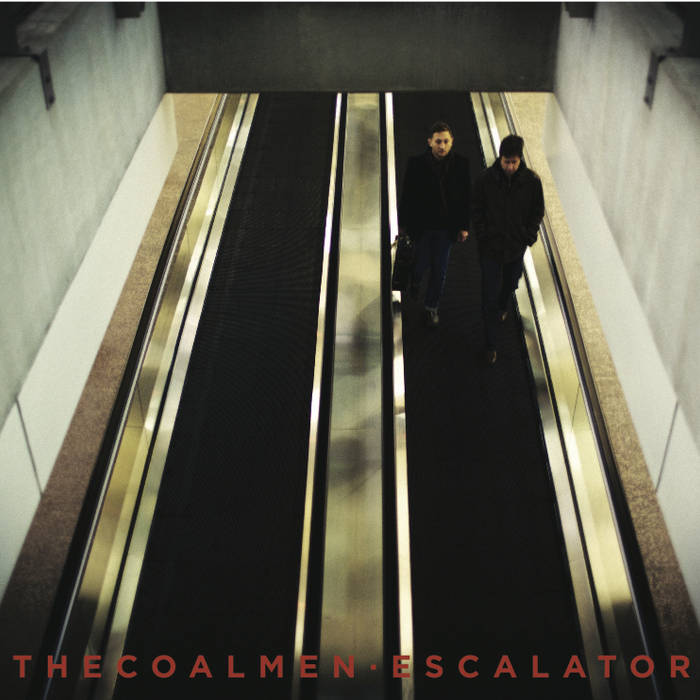 Elliott Humphries The Coal Men are, simply, one of the finest bands we've had the pleasure of working with! If you haven't listened...then you NEED to! Favorite track: Last Goodbye.

“I’m wearing out this new Coal Men record. I think it’s masterful start-to-finish. Dave Coleman is one of Americana music’s great songwriters, and I hope this record gets the attention it deserves.” – Todd Snider

“It was a treat to play on this record. I'm a longtime fan of Dave's writing, singing, guitar playing and producing. He has the ability to always combine thoughtful craft and gut instinct in any of these roles. – Audley Freed (Sheryl Crow/The Black Crowes)

“Their songs are sharp enough to wound, and warm enough to heal. Their songs welcome us to a new and unexpected Nashville.” Peter Cooper, The Tennessean

Escalator is a fully-realized showcase for Dave Coleman’s creativity in the studio and his mastery as a guitarist and bandleader. Produced with the help of Joe Garcia, Escalator features guest performances by Will Kimbrough (Rodney Crowell, Emmylou Harris), Jen Gunderman (The Jayhawks, Sheryl Crow) and Audley Freed (The Black Crowes, Sheryl Crow) – but at its core this is a stripped-down rock-and-roll affair.

This is the fourth album for The Coal Men and they have admirers at home and on the road for a decade, and the band’s latest work is drawing particular praise Songs on Escalator – most penned by Coleman, but with contributions from drummer Dave Ray, who has been with Coleman from the start – offering glimpses of small-town life, economic struggle, and the complexities of friendships and relationships. “I grew up in a little town and these songs are my own story and stories of things I’ve seen – that’s what I enjoy writing about,” Coleman says.
_____________________________